ee Anne Welch grew up in Saratoga, California, earning her B.A. in music from the University of California, Santa Cruz in 1977. While in college, she performed with Mariachi Santa Cruz. For several years, she was a member of the Santa Cruz Symphony and the Carmel Valley Opera Orchestra. Since 1979, Lee Anne has focused on traditional Celtic and American folk music. A mainstay on the California Bluegrass scene, Lee Anne is also a powerful Contra dance fiddler, as well as a gifted teacher. 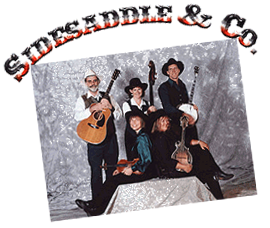 Bluegrass  Lee Anne’s longest-running musical association is with the Bluegrass band Sidesaddle & Co.,  of which she is a founding member. She has also performed with The Mountain Creatures. Sidesaddle & Co.’s combination of artistry and enthusiasm has made it one of the most popular and sought-after Bluegrass bands in Northern California, and has been named Bluegrass Band of the Year by the Northern California Bluegrass Society. Sidesaddle & Co. has toured and performed at numerous festivals, concerts and state and county fairs. Billboard Magazine has called their music “superbly melodic.” The group has recorded seven albums and has opened for such notables as Bill Monroe, Emmy Lou Harris, Willie Nelson, Ralph Stanley, John Hartford, and the New Grass Revival.

In 2013, Lee Anne received the Best Fiddle Player Award from the Northern California Bluegrass Society, and in 2014 she received the NCBS Lifetime Achievement Award. return to top 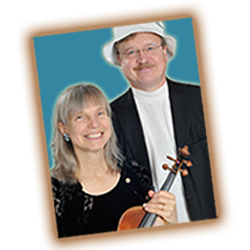 Contra  Lee Anne is a seasoned and sought-after Contra dance fiddler who has played with several bands, including Luceo, Peak Nouveau and Balance & Swing. Her longest- standing partnership is with with Seattle-based pianist Eric Anderson in the high-energy duo Bandemonium! They can be heard locally at Bay Area dances, have toured throughout the United States, and have also performed in Canada and the Caribbean. A sample audio clip from Seattle’s legendary Emerald City Contra dance can be found here: www.ericdancepiano.com/BusStop. Lee Anne also plays with Sorcerer’s Apprentice, a band she founded in 1997 to highlight the playing of her students. return to top


Celtic  Lee Anne has been playing Celtic music since her college days. Her first Celtic band was Shanachie in 1978, followed by Mist in the Meadow, and Sláinte of San Francisco Bay. She currently incorporates Celtic music into her Contra dance playing and teaching. return to top


Lessons  Lee Anne has been teaching privately for over 35 years, specializing in fiddle music, including Bluegrass, Celtic, and Contra dance styles, as well as classical violin and viola repertoire and style. Her teaching approach is thorough, gentle and encouraging, focusing on violin technique as well as music theory and ear training. Lessons also address efficient and ergonomic use of the body, influenced by the training course Lee Anne completed at the Northern California Center for the Alexander Technique under the direction of George Lister. Lee Anne currently teaches in schools, and was an instructor in the strings program at the Waldorf School of the Peninsula from 1999 to 2006. She offers classes and private lessons to students of all ages at her studio in Saratoga. She formed the band Sorcerer’s Apprentice to give her students an opportunity to play in public. return to top 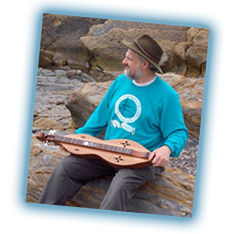 2014 Performances  Lee Anne plays with Sidesaddle & Co. at Sam’s BBQ in San Jose on the first and third Wednesdays of every month (see dates below). She also performs Irish, French, Old-Time and Galician instrumental music with Peter Tommerup (at right), dulcimer player extraordinaire.

Recordings  Lee Anne’s bluegrass band Sidesaddle & Co. has released several recordings, available at their website. Their albums Saratoga Gap and The Girl From The Red Rose Saloon both reached the top ten on the national Bluegrass charts shortly after their release. The band’s critically acclaimed CD, Daylight Train, was nominated for an INDIE Award as best independent-label Bluegrass recording. Listen to this sample from their latest CD, Queen for a Day. 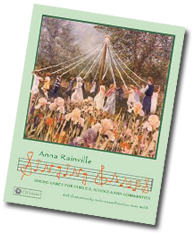 In addition to her recordings, Lee Anne is the co-author of Singing Games, written in collaboration with Anna Rainville. return to top


Contact  For information about lessons, performances, or availability for events, please call 408.867.4324. Prefer email? Enter details below, including contact information: